No charge to attend Chris’s seminar and is open to PPOC members and non-members.

From High End to High Volume

From High End to High Volume

For two decades, Chris Stambaugh was a notable, high-end photographer in Edmonton, Alberta. He is a past president of the Professional Photographers of Canada, an award winner at the provincial and national level and a finalist for PPOC portrait photographer of the year. He ran a very successful portrait and wedding photography studio. His client list included many of Edmonton’s social, business and political elite.

Then a perfect storm of misfortune hit with an economic downturn and a career-threatening eye injury. This combination of events nearly ended a wonderful career in photography. Let’s face it, it’s a tough way to make a living when you are nearly blind in your right eye. While considering the option of a mid-life career change, he decided instead to change his business model. 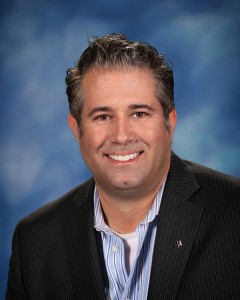 Chris Stambaugh has been a professional photographer for his entire adult life. He graduated from the NAIT photography program in 1989 and opened his own business in 1990 when he was just 19 years old. Over the years, he has earned a reputation as a leader in the photographic industry and as one of Edmonton top-ranked photographers.

Chris and his wife Holly welcomed their daughter Willow into the world on January 13th, 2008 forever changing their lives for the better. In 2011, their son Reid was born on May 4th, completing the family. They all live and work in a historic three-story home near downtown Edmonton.

One of Chris’ new passions is that of an educator. Chris currently teaches 10 different classes on a regular basis. His classes are run by Edmonton Public Schools – METRO Continuing Education, The Burwell School of Photography and NAIT Continuing Education. He recently has added a new class at the University of Alberta’s Faculty of Extension.